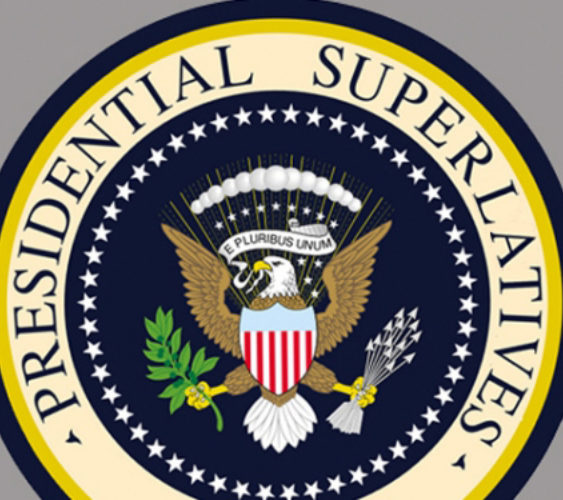 We’re dusting off our election-era Presidential Superlatives feature for a super-special edition in honor of the men who have led the United States in peace, war, and sex scandals. As it turns out, these blocks of carved granite have generated some of the most interesting stories that exist in American history. We count down four of our favorites that many people probably had never heard before.

Washington and the Newburgh Conspiracy

We’re already cheating with this one, since it’s both somewhat well-known and occurred before Washington became President. Nonetheless, it’s an inspiring story featuring our first and greatest President — and, since Presidents’ Day began as a celebration of Washington’s birthday, it would seem wrong not to include him here. In March of 1783, as the Revolution was approaching its end, discontented staff officers in the Continental Army began making rumblings that they should effectively overthrow Congress, which had a poor record when it came to paying soldiers. Washington — at that time Commander-in-Chief of the Continental Army — caught wind of the plan and called a meeting of the officers in question. At the meeting — which Washington had implied he would not attend — the general made an unexpected appearance and delivered a speech now known as the Newburgh Address. Initially, the officers in question were skeptical. Then, at a critical moment, Washington, struggling to read, fumbled for his glasses, saying, “Gentlemen, you will permit me to put on my spectacles, for I have not only grown gray but almost blind in the service of my country.” This statement of patriotism from Washington supposedly moved many to tears, and the conspiracy immediately collapsed.

Rumors of My Assassination Have Been Greatly Exaggerated

Though he didn’t make the cut on our list of our most badass presidents, Andrew Jackson nonetheless may have been at the center of one of the most badass moments in presidential history. Old Hickory was never one to shy from controversy, a fact which earned him many admirers but which also gained him many enemies. That led him to become the first President to be the subject of an attempted assassination: on January 30, 1835, Jackson was confronted by an unemployed and delusional housepainter named Richard Lawrence, who drew a pistol on Jackson. When it misfired, Jackson, rather than immediately subduing Lawrence, waited patiently as his attacker drew another pistol — which also misfired. Then Jackson, according to legend, attacked Lawrence, with his cane. Among those also involved in this rather crazed episode of American history: Davey Crockett, who was a Congressman at the time and supposedly helped subdue the failed assassin, and Francis Scott Key, author of the "The Star-Spangled Banner" and Lawrence's prosecutor.

Did Grover Cleveland father a child out of wedlock? Well — it’s not clear, but in the run-up to Cleveland’s first election as President (he was and remains the only President elected to non-consecutive terms), a popular point raised by his Republican opponents was the fact that he had for some time paid child support to a woman named Maria Crofts Halpin, a widow with whom he had consorted while a lawyer in Buffalo. Now, it’s not clear that Halpin’s son was in fact Cleveland’s child, as she was known to have kept company with several men in Buffalo during the period in question. Nonetheless, Cleveland admitted that he couldn’t prove that the child wasn’t his, giving plenty of ammunition to those who sought to tarnish his tough-on-corruption reputation for morality. In the end, though, Cleveland had the last laugh, as he squeaked out a win and took office in 1885.

Before Hillary Clinton came around, it happens that we’ve already sort of had a White House "it" girl: Edith Bolling Galt Wilson, the second wife of World War I-era President Woodrow Wilson. Wilson was one of the most effective presidents of the early 20th century, and was at the center of the peace process after the conclusion of the war. Then, in 1919, he came down with a bad case of influenza, which led to an incapacitating stroke; while he was bedridden, he was attended almost exclusively by his wife and by his doctor. In this period, his wife essentially took over his position, carefully “screen[ing] all matters of state” and determined which were important enough for the President to see in the midst of his infirmity. Mrs. Wilson claimed never to have made any decisions of state in this period, but the fact is that, while her husband was unable to fulfill his duties, she essentially acted as the Head of State.