According to Science, the Holidays Confuse Our 'Food Clock'

Solve for X: The Case for Not Making Algebra Mandatory in Schools Anymore

Keep Cool For Less Money, No Matter Where You Live

Coffee Is So Amazing; It Keeps You From Killing Yourself...And Other Stuff 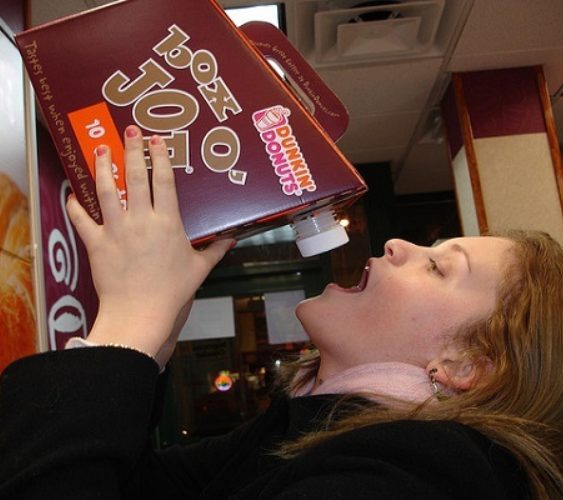 Your coffee habit may not be a problem if you’re drinking in moderation. But for some people, coffee is the only thing that keeps them going, and it’s not uncommon to see folks slurping up cup after cup, even as the day dwindles down.

So it should come as no surprise that certain jobs seem to drive people towards higher levels of caffeine consumption. A recent survey conducted among 10,000 professionals found that journalists are at the top of the list of coffee drinkers, closely followed by police officers and teachers. Makes sense, we suppose, when you’re working crazy hours trying to get a story filed before the competitor does, or patrolling the streets at night, or dealing with loud, unruly children (or worse, hormonal teenagers).

"It seems that drinking coffee is a necessity on the job in a wide variety of professions," the survey conductors commented on their findings. "The highest consumers, sinking over four cups daily, were those with stressful careers: journalists consumed the most, followed closely by police officers and teachers. Could it be that being overstretched or working late pushed the workforce to consume more caffeine?"

But coffee may not be the best way to deal with a job that causes you anxiety. A 2002 NIH study found that caffeine can actually amplify stress, and that the effects of it on the body are long-lasting.

"The effects of coffee drinking are long-lasting and exaggerate the stress response both in terms of the body's physiological response in blood pressure elevations and stress hormone levels, but it also magnifies a person's perception of stress," explained the lead author of that study.

Luckily, more recent studies have discovered that, as long as you’re relatively healthy and not too sensitive to caffeine, drinking up to four cups of coffee a day can be fine, even beneficial, for most people. Drinking too much coffee, however, can lead to gastrointestinal issues, restless nights, and even an increased risk of death.

Though the world seems to have divided itself into “coffee people” and “tea people,” it may be time to break down those barriers and start switching off if you’re finding yourself having trouble making it till the end of the work day without getting “just one more cup.” We can all be friends here, right?